Vincent Zee (1966) started on his path to a more balanced life in his late teens when he began studying Zen Buddhism. He still practices Zen meditation and over the years participated in many meditation weeks in the Soto Zen tradition.

In 1989 he began practicing Aikido in the Aikikai style. He also practiced Japanese swordfighting (Kenjutsu) and drawing of the sword (Iaijutsu) in the Katori Shinto style. Later, under the influence of his teacher Terry Ezra Sensei, he added Aikiken. After ten years of study he opened his own Aikido Dojo where he taught Aikido, Sword, Jo (stick) and Zen meditation.

In 1997 he received his first Tai Chi lessons from students of Benjamin Lo. This was his first encounter with the shortened Yang form of Cheng Man-ch’ing. During his study the books of Wolfe Lowenthal inspired him greatly and in 2004 he decided to contact him. After participating in a workshop with Wolfe Lowenthal, Vincent concluded that he had found his teacher.

Since 2009 he has been a teacher in the Long River Tai Chi Circle in the Netherlands and Germany. Besides teaching Tai Chi he teaches Zen Buddhism and Zen Meditation. His current project is the Tai Chi Online website where he tries to write about the many aspects of Tai Chi Chuan. 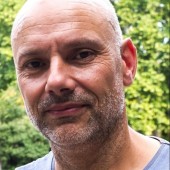 Vincent Zee is the founder of Tai Chi Online and a student of Wolfe Lowenthal. His mission is to spread knowledge about the "simplified" Yang form of Professor Cheng Man-ch'ing and Tai Chi Chuan in general.

We use cookies to ensure that we give you the best experience on our website. If you continue to use this site we will assume that you are happy with it.Ok